Just a quick little post to wish my mum a very happy birthday because I love her and like to see her smile.

The topic of this post is Mother Goddesses, three in particular that have always interested me; Gaia, Demeter and Ceres. 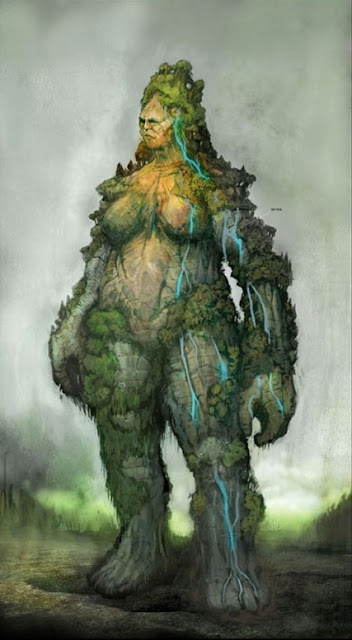 This image depicts the Titan Gaia from the video game God of War (http://godofwar.wikia.com/wiki/Gaia).
In Greek myth she is the ultimate earth mother, she is a primordial deity and mother to many gods, titans and other mythological beings. 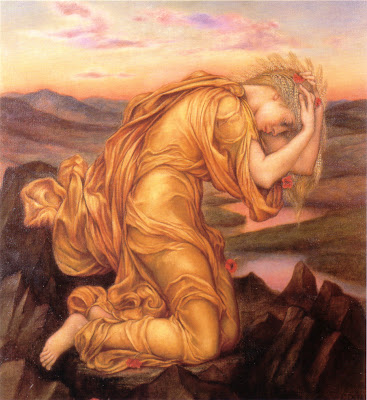 Demeter Mourning Persephone by Evelyn de Morgan (1906).
In Greek Mythology Demeter is the Goddess of the bountiful harvest (amongst other things). Demeter loses her daughter Persephone to the god Hades and the Underworld. During her sorrowful search for her daughter she turns the earth into a desolate wasteland and starves the people.
In the end Demeter is reunited with her daughter but only for part of each year, the rest of the time Hades gets her. 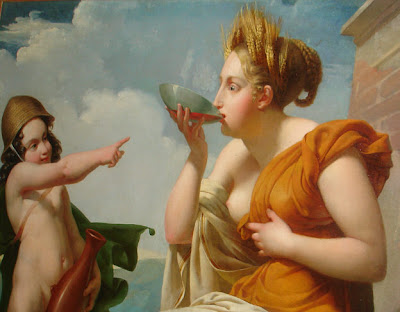 Ceres circa. 1800.
The Roman Goddess Ceres, whilst having different origins from the Greek’s Demeter, came to adopt many of her stories and iconography. As you can see her she wears wheat in her hair like Demeter, and the scene depicted is of a moment in Ceres’s search for her daughter Proserpina.


To keep up to date with the words and pictures I'm sharing now head on over to my new website, www.sarahfallon.net.  I'm talking reading, writing and all kinds of daydreamy things.
Posted by Unknown at 3:26 PM